Hate for Donald Trump Metastasizes to HATING His Supporters 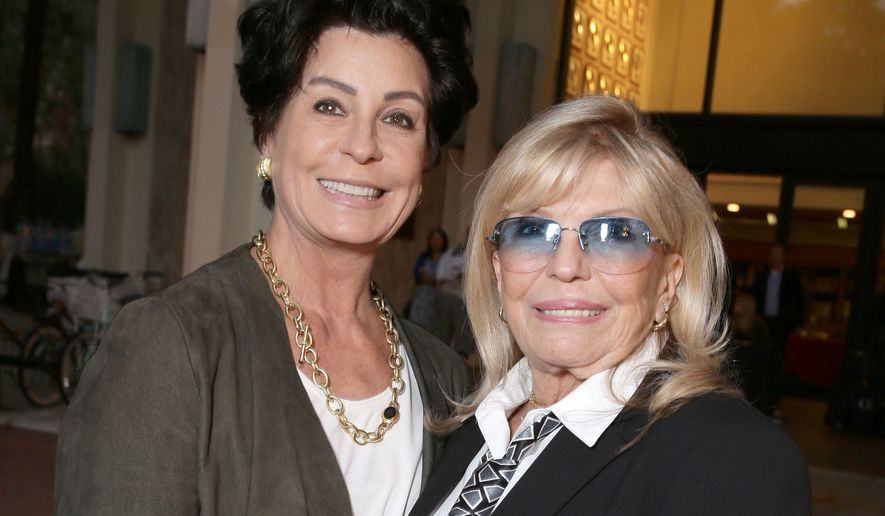 As so many of us sit back and are subjected to the continued meltdown of various people who “hate” President Donald Trump, an affliction has now metastasized to hating his 75 million supporters.

The latest case in point is Nancy Sinatra, Frank Sinatra’s now 80-year-old daughter. In an interview with the Guardian, within which she ‘hopes for peace in the US,’ the newspaper reported her feelings about Mr. Trump: “The last four years, though, have taken a toll on her mental health. ‘I couldn’t believe that this great nation had sunk so low,’ she says. ‘I’ll never forgive the people that voted for him, ever. I have an angry place inside of me now. I hope it doesn’t kill me.’”

What a horrible way to live. But there’s more she can do besides simply ‘hope’ she’s not consumed by hatred — she can decide to stop it.

Every time we hear about how awful Mr. Trump is or that he’s hated by one politician or celebrity or another, one has to ask, why exactly? Interestingly, no one who continues to profess their rage at him ever notes anything specific about what he did to elicit such loathing.

Here’s a suggestion for Ms. Sinatra to help her stop hating. She is known for support for our veterans. Moreover, she made a point of supporting our troops during the Vietnam War and was ostracized by her contemporaries for doing so. Perhaps her feelings have clouded her awareness of what Mr. Trump has done improving the quality of life for our veterans.

In addition to bringing thousands of troops home from seemingly unending conflicts, the historic Middle East peace deals will also, as long as they survive under the war machine of the Democratic Party, save thousands of military and civilian lives throughout the Middle East, if not the world.

Moreover, in 2020, Secretary of Veterans Affairs Robert Wilkie noted in The Hill, “The Department of Veterans Affairs (VA) has never worked better, in part because President Trump gave veterans the real, permanent choice of using private health care providers.” After a series of disasters exposing corruption and incompetence of the VA, under Mr. Trump’s leadership, the VA achieved a 90% “Trust and Approval rating” noted Secretary Wilkie in an interview with Fox News.

At the “Women’s March” during Mr. Trump’s inauguration in 2017, the hate and rage directed at Mr. Trump would have made more sense had we known it was simple projection. Whether it be Madonna, Ashley Judd, or now Nancy Sinatra, none of these women would admit that Donald Trump’s defeat of Hillary Clinton actually made it possible for women reliant on the Hollywood machine to actually take some control of their lives.

As we learned with Ronan Farrow’s reporting, Harvey Weinstein was protected by his long-standing association with Hillary Clinton and ultimately the Democratic Party machine. If Hillary had won, Harvey Weinstein, and perhaps others like him, would have gained even more power. Ms. Sinatra, like most other American women, no doubt care about quality of women’s lives and our ability to make choices that best suit us. It’s likely they tell themselves that’s the reason they hate Mr. Trump.

Yet, that doesn’t make much sense. Financial stability is the key component to our independence and dreams and was finally delivered not just to women but to all Americans, by … Mr. Trump. During his administration this country saw the creation of an economy that was the best in history, not just for this country, but in the world. Millions of women were lifted out of poverty, small businesses were created and thrived, wages increased, and the racial wage gap finally shrank to its smallest ever.

More women, like all Americans, once again, were enjoying some modicum of financial prosperity. The American dream in all its variety, was back.

It’s difficult to know why someone chooses to hate a complete stranger, especially one who has made everyone’s lives exponentially better. Ms. Sinatra’s father left his family so he could marry Ava Gardner, a union that would last only a few years. Her mother, Nancy Sinatra, would never marry again, carrying a torch for her former husband until her death.

Then there’s Ms. Sinatra’s sister, Tina. She was profiled by “60 minutes” in 2000 and confirmed her father’s involvement with the mafia and assistance in interfering in the 1962 presidential primary season. CBS News reported, “Tina Sinatra, 52, says her father told her that Kennedy patriarch Joseph P. Kennedy wanted the Mafia’s help in delivering the union vote in the 1960 West Virginia primary, in which John Kennedy, then a U.S. senator, faced Sen. Hubert Humphrey of Minnesota …” They asked, and according to Tina Sinatra, her father and the mob, delivered.

At the end of her interview with the Guardian, Ms. Sinatra was asked about her own song “These Boots Are Made For Walkin’” and the public perception of it as political during the tumultuous 1960s. She denied she intended any political message and then noted, “People see what they want to see.” Indeed.

Could Nancy Sinatra’s personal experiences be impacting her view of other powerful men? Who knows. What we do know, however, is that whatever is subjecting her to such a searing hatred of strangers to the point where she’s afraid it might kill her, is not worth her emotional destruction, deserving of our pity, and fair to say not at all about Mr. Trump and his supporters.

Posted by theodore miraldi at 7:36 AM