Democrats' agenda would violate constitutional ban on 'bill of attainder' 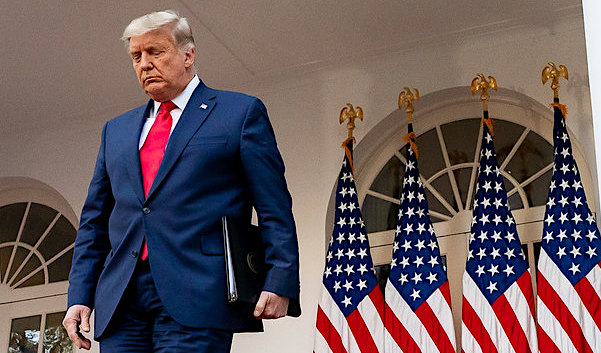 
Former U.S. solicitor general and independent counsel Kenneth Starr says the U.S. Senate is "emphatically" without jurisdiction to put President Trump on trial because he already has left office.

Starr told Fox News host Mark Levin on Sunday night the text of the Constitution is "absolutely clear" in cases of impeachment.

The only punishment available is removal and potential disqualification, but that's only while a person is in office.

"A former officer by definition can't be removed," he explained, arguing a precedent has been established.

TRENDING: Biden becomes the 'dictator' he warned against

He also pointed out that in an impeachment trial, the Constitution requires the chief justice of the Supreme Court to preside. But Democrats already plan to have one their own preside over the coming trial.
"If they proceed to [put Trump on trial] they will, I believe, be running afoul, at least potentially, of the Constitution's specific prohibition against a bill of attainder," he said, referring to punishment of a private citizen.
He noted the Democrats' plan to try Trump after leaving office has stirred up calls to impeach Hillary Clinton, Barack Obama and others.

The Democrats, he said, have "gone off the rails of our Constitution." And he said the whole process "should be stopped by the judiciary."