Liz Peek: LIZ PEEK: It Took Only 10 Days To EXPOSE President Biden For The FRAUD That He Is 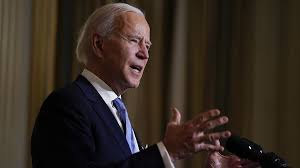 It took only 10 days to expose President Biden for the fraud that he is. That’s a good thing.

After the blitzkrieg rollout of 40 executive orders that targeted President Trump programs, kowtowed to progressives (and enraged conservatives) on hot-button issues like taxpayer funding of abortion and showed Biden’s disdain for our country’s system of checks and balances, Republicans have zero excuse for cooperating with the new administration.

SALLY PIPES: BIDEN'S HEALTH CARE PLANS – THIS IS WHAT AMERICANS CAN EXPECT FROM DEMOCRATS

First up: given Democrats’ fragile majorities in Congress, GOP legislators should be emboldened by Biden’s take-no-prisoners approach and push back hard against his $1.9 trillion "relief" package. The giant bill mainly provides relief to Democrats hoping to keep the House and Senate in 2022 by spewing cash to voters – employed and unemployed – even as the economy rebounds.

The relief the country actually needs is the reopening of schools and businesses that will allow parents to return to their jobs and managers to rehire workers. A reopening that "follows the science" and not the political aspirations of cynical Democrat governors and mayors.

We need to help those who have lost their employment and others whose small companies are hanging on by a threat – not send checks to employed persons that will flow into savings accounts.

Not $350 billion allocated to blue states that have promised public employees the moon in exchange for votes. Not $35 billion to provide "entrepreneurs" with venture capital – an open door to mischief if ever there was one, especially in an administration committed to providing a "whole-of-government" approach to promoting racial "equity." For the uninitiated, that means promising equal outcomes, not equal opportunity, and is antithetical to the ethos of our country.

And definitely not a $15 minimum wage, a sop to progressives that will throw millions of low-income Americans out of work and disadvantage (mostly red) states with a below-average cost-of-living.

All this as the number of virus cases turns down, the economy picks up steam and there are billions left over from the $900 billion package passed just two months ago.

Yes, the GOP should offer a better plan, and indeed a group has proposed a compromise $600 billion package. They should be, and will be, applauded for sounding a note of reason.

Even as Biden pretends to want Republican cooperation, his flurry of executive orders suggests he’s not only determined to alienate those 74 million Americans who voted for Donald Trump, but he’s in a rush to do so.

Why? Does Biden think that his victory in November delivered a mandate so pronounced that he can govern as he pleases? Has he interpreted his win as validation of the policies he’s rolling out so furiously? Does he not remember polling that showed almost half of Biden’s voters were voting against Donald Trump rather than for Joe Biden?

Maybe Biden is determined to show the fiery progressives in his party that he deserved their vote.

Perhaps Biden’s furious blizzard of executive orders and actions is meant to show the country that, contrary to appearances, the new president is energetic and purposeful. That holing up in his basement for months was by choice and not because his handlers were determined to protect him from the bright lights of the press. That his historically light campaign schedule was due to COVID, and not Biden’s age and vigor.

Or maybe Biden is determined to show the fiery progressives in his party that he deserved their vote. The president, and the Obama-era apparatchiks that surround him, fear the Left. They fear that two years from now, if their demands are not met, the Justice Democrats crowd will fail to show up, and Democrats will lose control of Congress. It could happen.

That might not be so troublesome – all parties have back-benchers – except that Democrats also have a leadership vacuum. 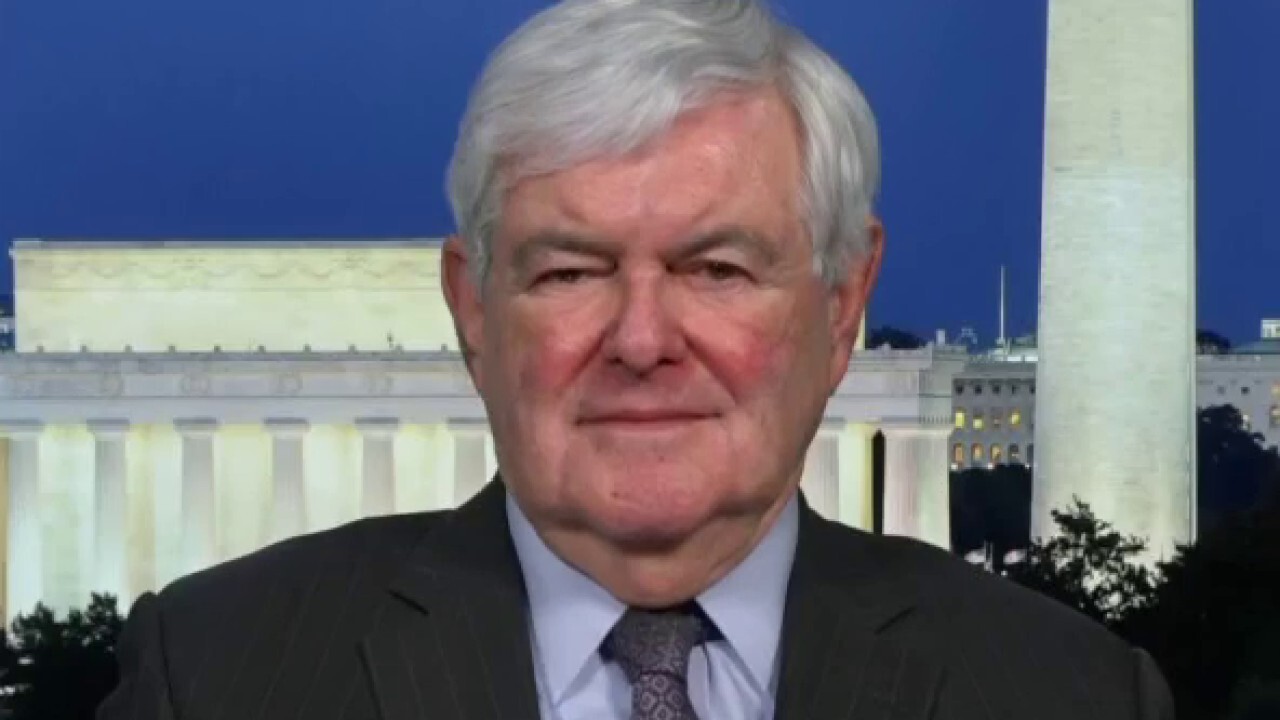 As president, Biden is presumed to lead his party. But he has already deferred to House Speaker Nancy Pelosi, D-Calif., and Senate Majority Leader Chuck Schumer, D-N.Y., on impeaching President Trump, allowing that ruckus to overshadow his early days in office. Time will tell whether Biden can corral those two powerhouses, or whether he can effectively rein in the progressives in his party.

How might Biden have brought the nation together? By telling Pelosi and Schumer to stand down on impeachment, telling the country he wanted to look forward and not backward, and by focusing on getting the nation back to work.

He could have left in place Trump policies that worked, such as those that slowed the flow of people illegally swarming across our border. That would include the "leave in Mexico" arrangement for asylum seekers, which deterred the caravans from heading north.

Biden should have agreed that the history-making Abraham Accords had successfully reoriented our Middle East priorities, creating a powerful alliance against Iran’s belligerence, and sworn off the flawed Iran nuke deal. 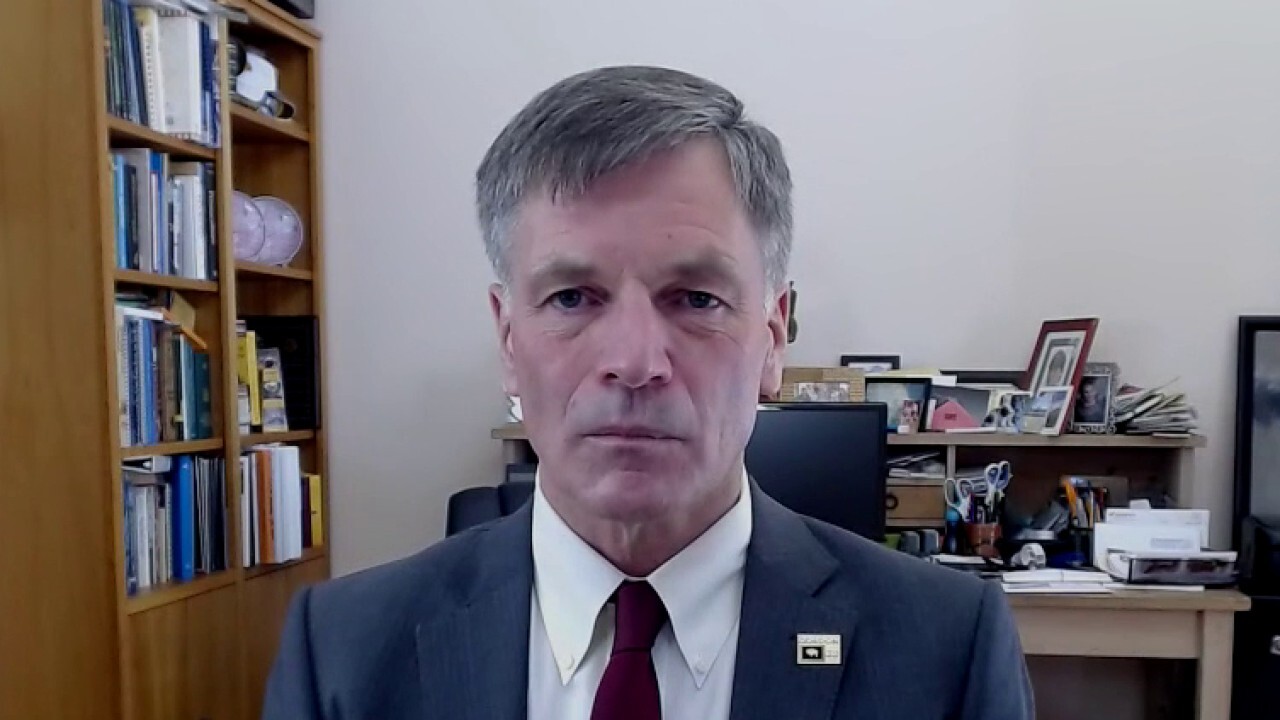 He should never have thrown 11,000 union members building the Keystone Pipeline out of work; he might have explained to the country that North American energy output was critical to our national security, and that pipelines are safer than trucks and trains.

Perhaps most important, President Biden might have joined with Germany’s Angela Merkel, Mexico’s Manuel Lopez Obrador and other world leaders in denouncing Twitter’s censorship of Donald Trump and his supporters. He could have calmed Republicans alarmed that the growing muscle of social media has been flexed to prevent dissent, limit dissemination of information unflattering to Biden and his family and to entrench viewpoints favored by the woke Left.

Biden should have sent a powerful signal that the United States is still committed to freedom of speech, one of this nation’s most essential founding principles.

Unhappily, Joe Biden will be rewarded by the tech-corporate industrial complex that overthrew President Trump’s many challenges to their power; Biden is part of the problem, not part of the solution.

Posted by theodore miraldi at 6:58 AM