Maxine Waters says Trump Should Be Charged with 'PREMEDITATED MURDER'

Waters voted with other House Democrats and 10 Republicans on Jan. 13 to impeach Trump for "inciting an insurrection." 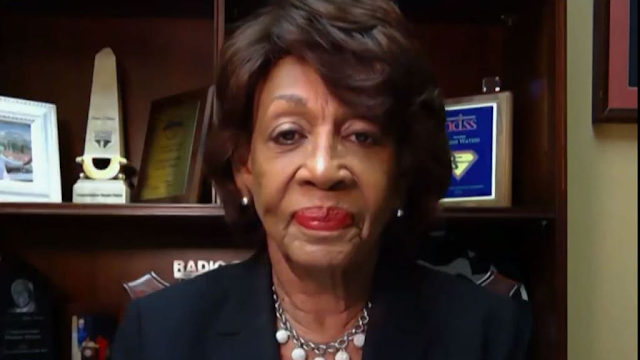 Democratic Rep. Maxine Waters of California Tuesday said she thinks former President Donald Trump should be charged with "premeditated murder" over the deadly riots at the U.S. Capitol on Jan. 6.

"He absolutely should be charged with premeditated murder because of the lives that were lost for this invasion with his insurrection," she told MSNBC. "For the President of the United States to sit and watch the invasion and the insurrection and not say a word because he knew he had absolutely initiated it – and as some of them said, ‘he invited us to come. We’re here at the invitation of the President of the United States."

Five people, including a Capitol Police officer, died amid the chaos.

Waters voted with other House Democrats and 10 Republicans on Jan. 13 to impeach Trump for "inciting an insurrection."

While arguing for Trump to be impeached last month, Waters, who was an outspoken critic during his entire presidency, said she believed he was capable of starting a "civil war."

The Los Angeles-area congresswoman said she was locked in her office while rioters roamed through the Capitol and added that "Because I took on this president early, I called for his impeachment early, I have been threatened time and time again."

She claimed the rioters had followed Trump’s lead before and during his Jan. 6 rally that questioned the Electoral College results and preceded the breach.

"And even there’s information that some of the planning came out of individuals working in his campaign," she told MSNBC. "We have to fight as hard as we can to see to it that there’s some justice."

Republicans have also blamed Waters for her own heated rhetoric when she encouraged people to harass Trump administration officials in 2018 over its "zero tolerance" policy at the border.

"Let’s make sure we show up wherever we have to show up," she told a California crowd. "And if you see anybody from that Cabinet in a restaurant, in a department store, at a gasoline station, you get out and you create a crowd. And you push back on them. And you tell them they’re not welcome anymore, anywhere. We’ve got to get the children connected to their parents."

Posted by theodore miraldi at 6:27 AM