Nearly ONE-THIRD of Americans Want to BREAK UP U.S. Into Like-Minded Countries

Half of Republicans in South ready to secede 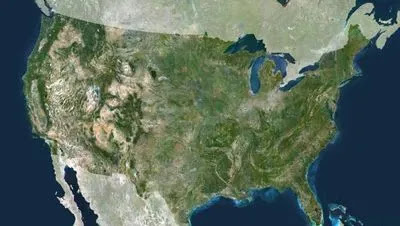 
The divide between Americans seems to be widening in recent years, and the political schism doesn't appear to be narrowing any time soon. The major partisan divide in the country has gotten to the point that many Americans have contemplated a national divorce because they believe there are far too many ideological differences to bridge the line of demarcation.

POLL: What scares you the most?

Between Jan. 28 and Feb. 8, the 2,700 poll participants were asked:
Some people say the divisions within our country have grown so deep that we would be better off dividing into more like-minded regions that would govern themselves separately. Do you support or oppose the idea of the United States dividing into more than one nation?

The survey found that 29% (10% strongly, 19% somewhat) of Americans were in favor of the dissolution of the United States into like-minded regions. There were noticeable differences based on political party lines and geography. Surprisingly, 37% of independents were most inclined for the country to go its separate ways. There were 35% of Republicans who wanted to secede, followed by 21% of Democrats who wanted their own country of like-minded individuals.

Bright Line Watch proposed to divide the U.S. into five regional unions based on geography and political affiliation:

When respondents were asked how likely they would be to support joining these hypothetical regional unions, 33% of the South and the Pacific said they would. There were 50% of Republicans in the red South region who were ready to create their own nation, and there were 41% of Democrats in the blue Pacific union who wanted to separate from the rest of the country.

The temptation of separation might have been heightened in recent years by social media that breeds tribalism and echo chambers, while devaluing any sense of nuance. Another agitator could be the click-thirsty media that creates hyperbolic headlines that are at times antagonistic in an effort to grab eyeballs in the bustling and oversaturated social media ecosystem.

The sense of Republican and Democratic lawmakers seemingly unwilling to reach across the aisle could also spread divisiveness. The American populace regularly engages in disputes over reality, facts, science, and election results, which may galvanize calls for a divided states of America. All of these factors could fuel a lack of unity, an atmosphere where citizens distrust each other and harbor resentment of each other.

There have been fruitless secession movements in recent years in several states, including California, South Carolina, and Texas.

A 2017 Pew Research Center report revealed the widening divide between Republicans and Democrats. The study examined the partisan divide on political values between 1994 and 2017. The research discovered that the fractionalization between the two political parties has never been worse.

The partisan gap and disagreements regarding the topics of government aid to needy, racial discrimination, immigration, and diplomacy through strength have become farther apart since 1994, according to the study.