NYU's FARCE of a Study on BIG TECH CENSORSHIP of Conservatives

Billionaires fund their own studies and they get the conclusions they pay for. 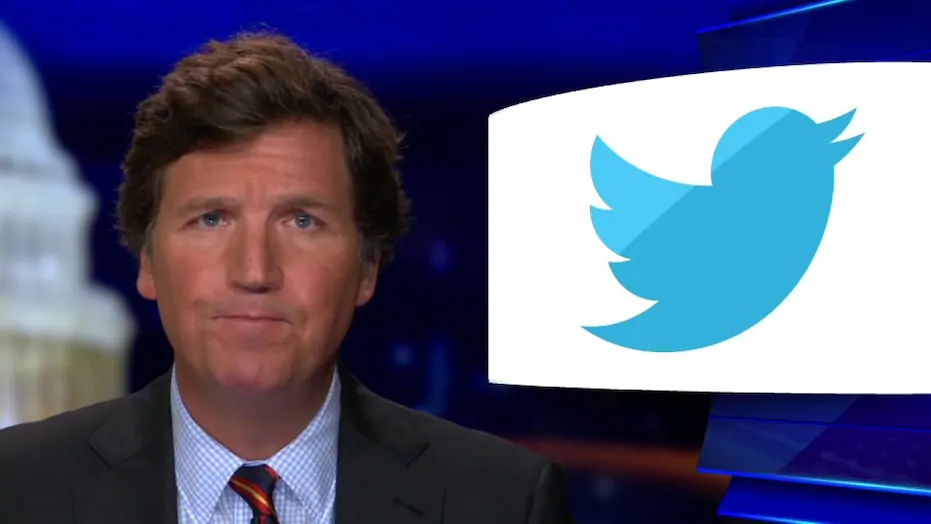 For several years now, we've been telling you that the biggest threat to Americans' basic freedoms is huge, publicly held corporations, particularly the tech monopolies. Unlike the federal government -- which, while stupid and dangerous, you theoretically have some control over -- these corporations aren't interested in what you think, and yet they have enormous control over your life.

However, our friends in the academic research community (specifically, New York University) have provided us with a corrective. On Monday, a pair of NYU researchers released what they described as a study of social media and censorship. The study authors didn't hide their conclusions in footnotes. They got right to it in the title.

This new paper is called "False Accusation, The Unfounded Claim that Social Media Companies Censor Conservatives." On page 16, right there in black and white, we learn that "Conservatives frequently point to Twitter's practice of suspending or permanently banning account holders as evidence of bias against the right." Happily, the study concludes, "facts don’t support this claim. Conservatives do get suspended or banned for violating Twitter’s rules against such things as harassment, hateful conduct, or, as in Trump’s case, glorifying violence. But liberals are excluded in this fashion, as well."

Can we get some numbers on that, NYU? No, actually we can't. In the words of the study, "[p]inning down precise proportions is impossible because Twitter doesn’t release sufficient data." Are you following the reasoning here? Their conclusion is that Twitter is not biased and we can be certain it's not biased because Twitter refuses to release data on who it bans. Case closed.

"But wait a second," you might object, "what about all those people I see on this show all the time talking about how Twitter shut them down for having unauthorized political opinions?" Well, the study authors did assess that, and they came to this conclusion: All of those people who are banned are victims of a mistake. As they note on page 17 of the study, "Twitter sometimes makes mistakes."

If that sounds familiar, it's because that is also Twitter's explanation for censorship almost every single time. Do supporters of the Joe Biden administration get banned the same way, by mistake? We can't tell you that because Twitter won't give up the numbers. What we do know is that shutting down the New York Post's entire Twitter account right before the election because the newspaper printed stories that were unflattering to the Biden family was not censorship. According to NYU, shutting down a newspaper's account for its political views during a presidential election is not censorship. It is instead "reasonable."

Why is it reasonable? Well, because presumably -- and unlike, say, the Pentagon Papers or virtually every scoop The New York Times has ever published -- the New York Post used information that was not publicly available in its stories about Hunter Biden. That's totally wrong, and it should be censored, which is not actually censorship. It's just common sense. It's "reasonable."

No one else in the media seems skeptical about all this. In fact, they seemed grateful for the study. The Washington Post promoted its findings on Monday. The following headline in the New York Daily News, which we should tell you is a direct competitor to the New York Post, gives you a flavor of the reaction from the guardians of the First Amendment: "Big tech doesn't censor conservatives: A careful review of evidence shows that's fake news."

Twitter itself was eager to make sure that you saw how fake it was. On Tuesday, we received an email from a Twitter spokesman saying, "I wanted to be sure you saw a report out today from the NYU Stern Center for Business and Human Rights. It found there is no evidence to support claims of anti conservative censorship on social media and that these claims are 'a form of disinformation'."

So, to be clear: This NYU study has proven there is no censorship from the tech monopolies. But if you persist in complaining about this censorship, which does not exist, you may be spreading disinformation. It almost reads like a press release from Silicon Valley, and that's because it is.

This so-called academic study was, in fact, paid for by Big Tech. It was funded by a man called Craig Newmark, one of the many Silicon Valley billionaires who paid for the Joe Biden for President campaign. Now he's paying for this.

One of the authors of this so-called academic study is a man called Paul Barrett. Craig Newmark is really Paul Barrett's Lorenzo de'Medici, his patron. In September, Barrett released another study on why we should be very nice to Big Tech, as well as deeply respectful and always obedient. That study was also funded by Craig Newmark as well as by George Soros.

Are you following how this works? Is it becoming clear? In 2021, billionaires fund their own studies and in return for that investment, they get the conclusions they have paid for and the rest of us get to obey those conclusions. That's called science, ladies and gentlemen, and suddenly it's everywhere.

Ask yourself, just for example, who has more influence over our national COVID policy: Physicians who treat COVID patients in hospitals every day, scientists who work to find an effective treatment for the virus, or Bill Gates, who is not a physician or a researcher but is worth more than $100 billion? That's an easy one. Bill Gates leads the way. He funds the most studies. Those are the rules now.

That's why billionaire hedge fund manager George Soros now gets to decide how our laws are enforced. It's why his fellow billionaire hedge fund manager, Tom Steyer, gets to determine America's response to climate change. It's why Jeff Bezos, who sells brightly-colored garbage from China for a living, gets to tell Congress what to do from the editorial page of their hometown newspaper, The Washington Post.

That's a lot of power and it was only a matter of time before the people who wield that power decide they should control democracy itself. So they're trying. In the last election, 36-year-old billionaire Mark Zuckerberg spent at least $350 million to influence who in America would vote and whose votes would be counted. At the same time, Facebook, Zuckerberg's company, decided who could share certain political opinions online. We all watched this happen and in the end, of course, those efforts had a great effect.

Facebook has now decided to get more deeply involved in our elections, beginning with a vigorous defense of its close ally, California Gov. Gavin Newsom. You may have noticed that after centuries of affluence, the state of California is collapsing and many Californians are fleeing to Nevada, Idaho, Texas, you name it. Facebook isn't bothered by that. Facebook just wants to keep Gavin Newsom in charge of the state. Why wouldn't they? He's their friend. So the company recently announced it is banning ads for the effort to recall Gavin Newsom from office. Voters might not like Gavin Newsom, but Facebook likes Gavin Newsom. That's what matters.

You can see why they like Gavin Newsom. No governor in the country is more pro-billionaire than he is. This is a lifelong affection. Gavin Newsom grew up a protégé of the Getty family, who funded Newsom's business, his wine shop, and his home. They even paid for his first wedding reception. But now that Gavin Newsom is in trouble, the richest people in the country are fighting to keep him in office.

You'd think someone, somewhere would push back against this, but no one in the Democratic Party dares to do that. The last one who tried was Bernie Sanders, and look what happened to him. Just the other day, Sanders was dismissed in the pages of the San Francisco Chronicle, which you would think would be a friendly news outlet, as someone who "manifests privilege, white [sic] privilege, male privilege and class privilege."

Honestly, it's hard to feel too sorry for Sanders right now. He knew perfectly well that the real divide in this country isn't race or sex, but class. He used to say that out loud, but in the end, he was too much of a coward to criticize identity politics. It was ascendent, and he wanted to ride the waves. Big mistake.

What's so interesting, and what you should meditate on, is who has White privilege and who doesn't. Apparently, beat cops who risk their lives for $60,000 a year have White privilege, a ton of it. We know that firemen have white privilege, along with construction workers, roofers, Uber drivers, the guys who hang drywall, and anyone who doesn't take Nancy Pelosi seriously. But what about Bill Gates? When was the last time someone told you that Bill Gates had White privilege, or Jeff Bezos or George Soros or any other politically active billionaire? Never.

It's possible the billionaires have paid for studies proving they don't have White privilege. Maybe NYU will release one of them soon.

*This article is adapted from Tucker Carlson's opening commentary on the Feb. 2, 2021 edition of "Tucker Carlson Tonight".

Posted by theodore miraldi at 1:51 AM