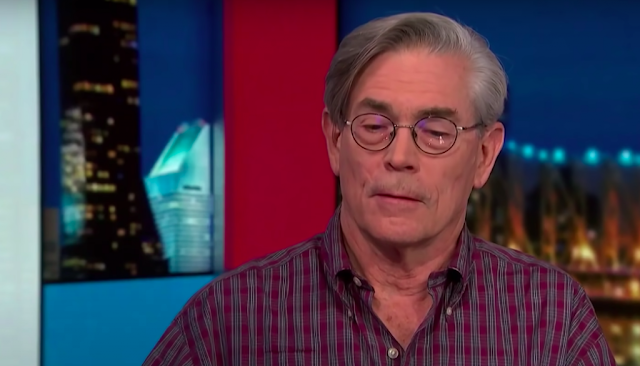 Some people wonder why folks like me spend so much time thinking about The New York Times. Part of it is that we’re journalists, and it’s hard to overstate the influence on the journalism industry of that newspaper. Mostly, though, it’s because the Times is an arbiter of ruling class cultural trends. You might not care what the NYT publishes about anything, and that’s fine. But if you want to know what’s coming at you somewhere down the line, you need to read the Times for the same reason a Kremlinologist needed to read Pravda. Readers of the NYT knew that trans was going to be huge long before trans became huge, because the Times obsessed over it, and engaged in shameless advocacy journalism for transgenderism. The Times speaks to and for creative class people. You don’t read or care about the Times, but (for example) the kind of people who make the TV you watch and the books you read do. What’s happening at the Times, with left-wing ideologues transforming the institution, is a huge story for American culture for the same reason these stories happening at elite universities are. This is the way the ruling class thinks — and eventually, they will impress those values on all of us.

Ben Smith, the NYT media columnist, has a piece up about the firing of Don McNeil, the 67-year-old ace science reporter let go after the re-surfacing of complaints by high school students whose mommies and daddies paid over $5000, plus airfare, for them to accompany McNeil on a Times-sponsored trip to Peru. There are some fascinating details in it. For example:

On that trip, the reporter, Donald G. McNeil Jr., got into a series of heated arguments with students, none of them Black, on the charged question of race.

So these were rich white kids. More:

What happened in Peru, too, was a kind of collision between the old Times and the next generation of its core audience, the educated globally minded elite. The student at the center of this story is Sophie Shepherd, who isn’t among the teenagers who have spoken anonymously to other news organizations. She and two other students said she was the person who spoke the most to Mr. McNeil and spent the most time with him on their “student journey.”

She was 17 at the time, and had just finished her senior year at Phillips Academy Andover, a boarding school sometimes rated America’s best.

At lunch that day, she said she sat down the table from Mr. McNeil at a cafe overlooking the town’s narrow streets, where he was talking to another student when he uttered the N-word, and used the word in the context of a discussion of racism. Some of the teenagers responded almost reflexively, she said, to object to his use of the word in any context.

“I’m very used to people — my grandparents or people’s parents — saying things they don’t mean that are insensitive,” another student, who was then 17 and is now attending an Ivy League college, told me. “You correct them, you tell them, ‘You’re not supposed to talk like that,’ and usually people are pretty apologetic and responsive to being corrected. And he was not.”

Man, that chaps my butt. What an arrogant little shit. You have the opportunity to go on this trip with one of the top journalists in his field, and he turns out to be crabby, and you are shocked that he doesn’t respond well to your attempt to correct him? The entitlement of these brats is off the charts! And this kid is now in an Ivy League school, on his or her way to joining the ruling class.

The Times will have to navigate its identity in tandem with the next generation of its audience — people like Ms. Shepherd, who said that she was most surprised by the gap between Mr. McNeil’s views and what she’d read in her favorite news outlet.

“That’s not what I would have expected from The Times,” she said. “You have the 1619 Project. You guys do all this amazing reporting on this, and you can say something like that?”

Miss Priss demands that the world reflect herself back to her. Look, maybe McNeil did say some things he shouldn’t have; Smith reports that McNeil was a cantankerous and not universally beloved figure in the newsroom. But good grief, when I was in high school, if I had had the opportunity to go on a trip like that with a NYT journalist, I would have approached it with the assumption that I had a lot to learn from him. Even if he came off as rude, I would still do my best to separate the good he had to teach me from the bad. I cannot fathom the arrogance of a 17-year-old child who thinks she and her generation are the pinnacle of human progress, and have the authority to stand in judgment of older, more experienced, more accomplished people.

She and her progressive allies at the Times ended up bringing the old white man down. The Times leadership has lost control of its own institution. Martin Gurri details the key events of the past few years that has caused the Times to flip to a “post-journalism” model.

I’ve written about all, or almost all, of the Times ideological insanity that Gurri recollects in his excellent piece. Which is why I smirked at this bit from Ben Smith’s column:

The questions about The Times’s identity and political leanings are real; the differences inside the newsroom won’t be easily resolved. But the paper needs to figure out how to resolve these issues more clearly: Is The Times the leading newspaper for like-minded, left-leaning Americans? Or is it trying to hold what seems to be a disappearing center in a deeply divided country? Is it Elizabeth Warren or Joe Biden?

Who actually thinks that’s even a question? Of course it’s the leading newspaper for like-minded, left-leaning Americans. The Times doesn’t care to understand people unlike its own reporters. As Gurri points out, the younger journalists now running the show at the Times don’t believe in old-fashioned standards like fairness. That’s old school. They remind me of the line from Marx that is carved on his tombstone, which I’ll steal and modify like this: “The older journalists have only interpreted the world, in various ways. The point, however, is to change it.”

The younger Times journalists, it seems, come from the same culture as Sophie Shepherd: they think they know it all, and have nothing to learn from anyone. A recent internal survey at the Times found that about half of the paper’s employees feel that they cannot speak freely at the paper. I would love to know the age breakdown of that number.