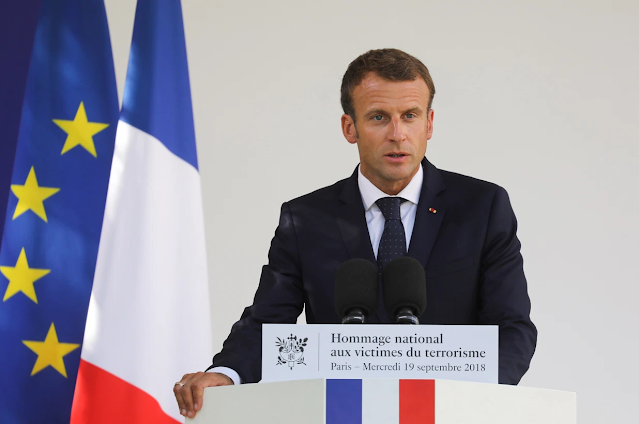 It’s an American export that prudent Europeans want to keep out. They’ve paid close attention to the product’s development in the United States, and they’ve determined that it’s toxic. They’re afraid it will damage their kids, undermine their society and threaten civilization.

No, it’s not genetically modified food or Velveeta or McDonald’s. It’s “woke” American scholarship on race. And frankly, the Euro-critics have a point.

Academics disagree, of course. But that’s no more a surprise than seeing manufacturers of synthetic cheese stand up in defense of Velveeta.

The truth is, the woke race theory that has been expanding its influence in the United States in recent years has done a lot of harm, spread a lot of division and contributed to a worsening, not an improvement, in race relations.

Any one reading the Times can see that much, as revealed in the recent defenestration of longtime reporter Don McNeil over charges that he used the “N-word” in the context of answering a student question over whether someone should have been suspended for making a video containing the slur at the age of 12. As Reason’s Matt Welch commented, “Linguistic intent no longer matters at The New York Times.” (Which is funny, because The New York Times has used the word in its pages 6,481 times.)

But the current flavor of “anti-racism,” as scholar John McWhorter writes in his book “The New Elect,” is, in fact, a “neoracist” construction designed to admit of no excuses or explanations. Guilt is assumed from the beginning.

McWhorter writes, “The revelation of racism is, itself and alone, the point, the intention, of this curriculum. As such, the fact that if you think a little, the tenets cancel one another out, is considered trivial. That they serve their true purpose of revealing people as bigots is paramount — sacrosanct, as it were.”

He adds: “All of this supposed wisdom is founded in an ideology under which white people calling themselves our saviors make black people look like the dumbest, weakest, most self-indulgent human beings in the history of our species and teach black people to revel in that status and cherish it as making us special.”

For academics playing word games, this is fun. For gangs of “woke” students — or Times employees, who have managed to “cancel” a series of the paper’s top writers recently — it can produce a feeling of enormous power and self-importance.

But if you’re Macron or any sensible European observer, seeing a United States in which playing the national anthem or displaying the flag is deemed “offensive” and “problematic,” in which professors are suspended or threatened for quoting Supreme Court opinions verbatim when they contain unapproved language and which has seen months of urban riots tearing apart some of America’s biggest cities, how could you not say “no thanks”?

By its fruit the tree is known, and the fruits of woke leftism in the United States have been poisonous. No honest observer could claim that our campuses are friendlier, our cities healthier or our institutions more productive as a result of its introduction.

The defenders of woke theory say that France is becoming more diverse, and that’s why it needs more of the overt race-consciousness and blame-assignment that their theory provides. But, of course, France’s increased diversity is precisely why it’s right to shun a philosophy of race that is affirmatively based on racial name-calling, division and guilt-mongering.

In 2007, Chief Justice John Roberts wrote that “the way to stop discrimination based on race is to stop discriminating on the basis of race.” But that approach is much too simple and straightforward for academics and offers no rewards in the form of books, workshops and lucrative “diversity consultant” gigs. An endlessly complicated scheme in which guilt is presumed and absolution can be purchased — only temporarily and at high cost — is infinitely more satisfying, to those doing the selling.

But selling is one thing. Who are the buyers? In America, virtually every large institution has signed up, though none appears to be flourishing as a result. But if the French aren’t buying it, well, who can blame them?

Glenn Harlan Reynolds is a professor of law at the University of Tennessee and founder of the InstaPundit.com blog.

Posted by theodore miraldi at 7:47 AM