Woke TEACHERS Want Shakespeare CUT From Curriculum: 'This Is About WHITE Supremacy' 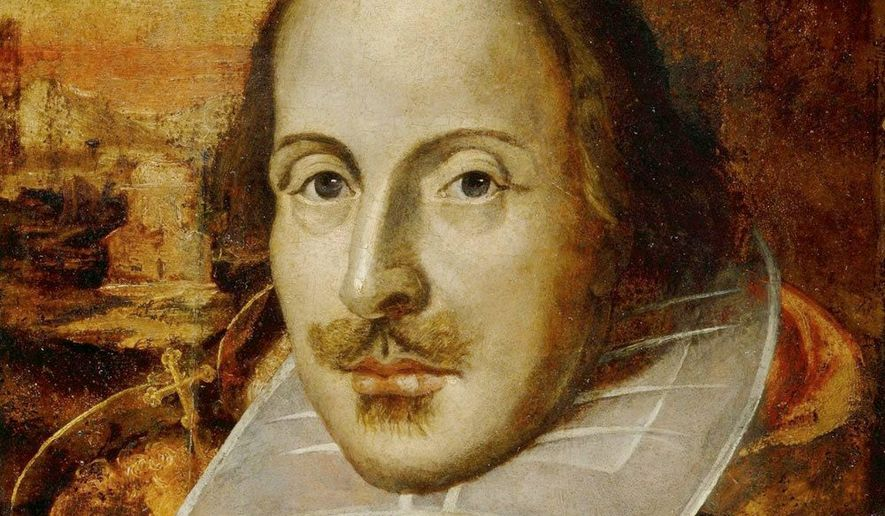 The crown teachers once put on William Shakespeare now lies uneasy upon his head as the English playwright comes under assault from teachers who fault his unwoke attitudes regarding race, sexuality, gender and class.

For the new breed of teachers, Shakespeare is seen less as an icon of literature and more as a tool of imperial oppression, an author who should be dissected in class or banished from the curriculum entirely.

“This is about white supremacy and colonization,” declared the teachers who founded #DisruptTexts, a group that wants staples of Western literature removed or subjected to withering criticism.

The anti-Shakespeare teachers say fans of the plays ignore the author’s problematic worldview. They say readers of Shakespeare should be required to address the “whiteness” of their thinking.

If Shakespeare must be taught, these educators say, then it should be presented with watered-down versions of the original or supplemental texts focused on equality issues.

The war against Shakespeare did not begin in 2021 or even 2020. December marked five years since students at the University of Pennsylvania removed a portrait of the Bard from their Ivy League halls.

The organizers behind #DisruptTexts put Shakespeare in the social justice crosshairs in October 2018.

The School Library Journal, which describes itself as “the premier publication for librarians and information specialists who work with children and teens,” joined the fight this year and offered young adult novels as alternatives to Shakespeare.

The librarians also showcased an essay questioning the contemporary value of the playwright responsible for classics such as “Hamlet,” “Macbeth” and “King Lear.”

“A growing number of educators are … coming to the conclusion that it’s time for Shakespeare to be set aside or deemphasized to make room for modern, diverse, and inclusive voices,” said the essay, titled “To Teach or Not to Teach: Is Shakespeare Still Relevant to Today’s Students?”

“Educators grappling with these questions are teaching, critiquing, questioning, and abandoning Shakespeare’s work, and offering alternatives for updating and enhancing curricula,” it said.

Some scholars are dubious that blacklisting Shakespeare would enhance education.

“It’s a new version of cancel culture,” said Peter Wood, president of the conservative National Association of Scholars. “They have little regard for the great books.”

A study last year by the association pinpointed a 1987 march at Stanford University as a turning point in modern education when Democratic activist Jesse Jackson led undergraduates in a chant, “Hey ho, Western civ has got to go.”

Within a year, Stanford had erased Western civilization requirement for undergraduates. At about the same time, classrooms everywhere began adopting a multicultural agenda hostile toward white male authors, according to the report.

It has long been common to modernize Shakespeare (Ian McKellen made a film of “Richard III” set in a fascism-threatened 1930s Britain) and to tiptoe around or rework the themes. “The Merchant of Venice” and “The Taming of the Shrew” have for some time rarely been performed or filmed without some contemporary intervention on matters related to, in those respective cases, anti-Semitism and sexism.

But the current opposition to Shakespeare appears more rooted in his status and rejection of the concept of timeless merit, the modern teachers say, than in arguments about such specific content matters as Iago despising the title character in “Othello” because of the Moor’s race.

“We believe that Shakespeare, like any other playwright, no more and no less, has literary merit,” wrote Lorena German, a teacher who penned #DisruptingShakespeare and is often engaged in Twitter discussions on the subject. “He is not ‘universal’ in a way that other authors are not. He is not more ‘timeless’ than anyone else.”

The organizers of #DisruptTexts, whose work is also featured by the School Library Journal and hosts regular Twitter discussions on various writers and topics, did not respond to emails asking about their approach to Shakespeare and other canonical authors.

Shakespeare is far from the only famous author to be squeezed through the social justice cheesecloth. #DisruptTexts also went after F. Scott Fitzgerald, William Golding and other dead white male writers who long dotted high school syllabuses.

But Shakespeare became the poster boy for a longer anti-White, anti-male trend in education, said Glynn Custred, a retired anthropology professor in the Cal State University system and a co-author of California’s Proposition 209, which banned racial preferences in state agencies.

“The rationale for purging Shakespeare from the curriculum, as formulated in the standard rhetoric of the left, reveals their agenda, which is the conversion of schools and universities from educational institutions to organs of indoctrination,” Mr. Custred told The Washington Times.

“Since Shakespeare’s work has been considered exemplary and universal, these claims must be discredited,” he said. “Shakespeare’s removal from the curriculum and the collective memory is thus mandatory.”

Shakespeare-averse teachers are urged to assign contemporary young adult novels as replacements or supplements. These include “The Hunger Games” and “Poet X,” which details a young Black/Hispanic teenager in Harlem who rebels against her mother’s religious upbringing and finds herself in slam poetry.

In teenage literature reviews this year, the School Library Journal often features books wrapped up in race and “queer” or “lesbian” stories. Shakespeare alternatives celebrated by these liberal teachers and critics offer “something for all teen readers and fans of the Bard,” such as a “retelling of Macbeth for the #MeToo generation,” according to an article in the librarian journal.

Such approaches, narrowly tailored to appeal to slivers of a student body, do college-bound students an injustice, and are chiefly screens for infusing students with radical left-wing political concepts, Mr. Wood said.

“It’s a race to the bottom with bad ideas,” he said. “They present themselves as the all-knowing gurus of wokeness, and on most campuses, they’ve already won.”

Posted by theodore miraldi at 8:41 AM